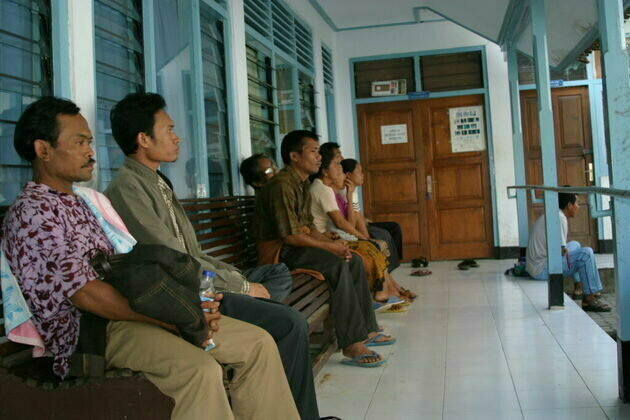 AI a jolt of energy for Indonesian medical research

Indonesia's growth as a medical research hub will only go as far as its capacity to power its public health facilities. AI could speed up the process.

The numbers don't lie: Indonesia's public health and medical research is in need of help. On the Human Development Index, Indonesia ranks 107 of 185. To lift its ranking and deliver better health outcomes for the population, Indonesia would have to better provide preventative, curative and rehabilitative healthcare to its population - and that work has to begin with the research community.

Medical research in Indonesia is limited by a variety of factors, but one that looms large is the issue of access. A country of 17,508 islands, Indonesia has just 10,205 Community Health Centres (known as puskemas) with only 4,119 offering in-patient facilities. This would average out to one in four islands having an on-shore puskesmas if centres were evenly distributed, which they are not (on account of Indonesia's complicated geography and harder-to-access terrain on some islands).

This leads to a host of issues. Most immediately, many Indonesians lack accessible healthcare. Medical research, the backbone of public health development, is also greatly underserved, as it becomes much harder to access and study in the most at-risk, in-need regions.

A fundamental component to any research project is access to electricity - it is difficult to make groundbreaking medical discoveries if it's a struggle to keep the lights on and computers running.

For puskesmas and medical research facilities in remote areas with limited energy supply, the availability of electricity is a serious problem. The limited supply has a major impact on the capacity to conduct research, which leads to poorer outcomes for public health at large.

As a country located on the equator and receiving sunlight all year round, solar energy is a renewable energy source with the greatest potential reaching 200,000 MW. In addition to solar energy, the next renewable energy options are water energy, wind energy, geothermal energy, marine energy, and biomass energy.

Solar energy can be combined with other alternative energy sources, adjusted to the potential of renewable energy in the area.

In this case, the role of Artificial Intelligence (AI) is valuable, starting at the planning stage, and factoring into decision-making, implementation and operation of renewable energy systems for electricity systems.

During the planning stage of a renewable energy rollout, AI has a proven aptitude in predicting or forecasting an area's potential yields for renewable energy. It is also capable of forecasting solar energy loads or the energy storage capacity of the area. And when it comes time to make decisions, AI's ability to gather and process information at scale informs choices around energy management, distributed energy storage solutions, fault detection, and risk management.

And once alternative energy sources are in place in the area, AI can potentially be an asset in managing demand response calculations, stability analysis, power quality control, generation coordination control, and determination of the size and location of energy storage systems.

As an example, the electricity system in a medical research facility  in a remote area can be designed using photovoltaic panels in combination with a small-scale pumped hydro-system for energy storage. For research that requires access to water sources such as rivers or lakes nearby, it can be used as the bottom reservoir of the small-scale pumped hydro system. The upper reservoir of the system is made using a water tank.

Meanwhile, if there is no water source nearby, the lower reservoir can be made in the form of a water pool or can also use a water tank like the upper reservoir. To determine the optimal size and capacity of photovoltaic and power hydro system panels, machine learning optimisation methods can be used to consider photovoltaic power forecasting, rainfall forecasting and load demand forecasting.

AI also plays a role in optimising the design and operation of the hybrid renewable energy system. Power produced by solar panels is intermittent, so health research facilities in remote areas need to be equipped with energy storage solutions, such as batteries, ultracapacitors and pumped hydro-storage. AI-based optimisation algorithms are able to uncover in real-time the optimal configuration of a renewable energy system, meaning no power goes to waste and can be distributed properly by need.

With the proper application of AI methods, the potential of different renewable energy sources for different areas can be utilised appropriately, made feasible technically and economically. With that, it can encourage the use of renewable energy towards an independent society.

Mauridhi Hery Purnomo is a Lecturer in the Department of Computer Engineering, Faculty of Intelligent Electrical and Informatics Technology (F-ELECTICS), Institut Teknologi Sepuluh Nopember, Surabaya, Indonesia. He is the Chair of the Laboratory of Multimedia Computing and Machine Intelligence

All contributors state that they have no conflict of interest and do not receive special funds in any form.

This is a corrected repeat.

The post AI a jolt of energy for Indonesian medical research appeared first on 360.